The working strategy of animation making studios has evolved a lot in the last ten years. This up-gradation has grabbed millions of new anime watchers around the world. People mostly get attracted to the graphics used in the anime series. It seemed like an imaginary world coming true in front of the TV screen.

Separate apps are out that are providing live anime streaming services. So, if you are a regular anime watcher or planning to start watching an action series then, you have landed on the right page. In this post, I will suggest to you the best action anime you should watch right now. The stories and graphics of these series will sure raise goosebumps in you.

Looking into the current trends, the following action animes are selected for watching based on the choice, feedback, and rating:-

List of the Best Action Animes You Should Watch Right Now:

It is a one-time watch anime series with a lot of mysteries and tangles. The mix up of a beautiful story with powerful action glimpse makes it the best anime on the web. Snow Eagle Lord is all about the life of a boy named Zong Ling. 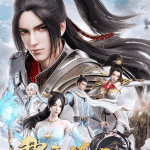 He went through countless battles of life and death for survival. But, he got injured while fighting with the blade unions. The story is all about saving the Eagle Territory from the attack. The decor of the territory and action are enough to make you a fan.

Battle Through the Heaven

It is very clear from the name that “Battle through heaven” is a web series of decisive combats. It is also known as Fight through the sky in the dubbed versions. The story is all about a great war between the heavens’ gods and the earth’s populations.

The anime’s leading character is Xiao Yan, who reincarnated the people from the ground to fight battles against the dominant lords. The power pack action in the series will leave a glimpse in your mind after watching. 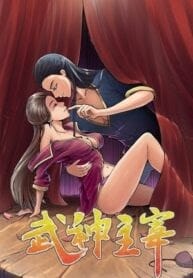 Martial master is among the best action anime you should watch right now if you are a martial art lover. The anime has shown the unpredictable kung-fu fights in a continent named Tianwu.

The story starts with the early life of Qin Chen, who was constantly bullied by the evils. After 300 years, his rebirth embarks on a new journey towards martial art. The anime is available in English subtitles and dubbed versions in paid live streaming applications.

Tales of Demons and Gods 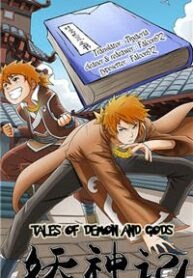 This animation series is best for those who are searching for a lengthy story. This anime series has a total of 4 seasons with more than 50 episodes. It is all about the wars between gods and demons to take over the kingdom.

It’s a tale about the rebirth of the Sage Emperor. Nie Li is the leading character of the story. He fights many wars against demons for his loved ones. In this series, anime lovers can have a fantastic experience of keeping an eye on magical spells and ancient battles.

Also, Read: 5 Best Manga and Animes like Attack on Titan

Reversal Dimension: The Rise of AI 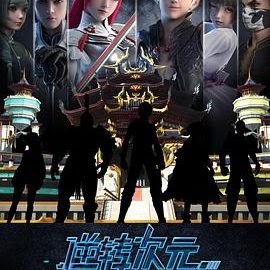 It is among the Best action anime you should watch right now with your friends. Reversal Dimension is all about the story of the future of the earth. The evolving technologies of artificial intelligence have adversely affected humans. Some of the advanced AI has accessed every robot and started attacking humans to take over the earth.

The rest you can know after watching the anime series. But, the overall action shown in these anime will blow away the mind of the viewers. The graphics shown in the series are enough to drive attention even to non-anime devotees. 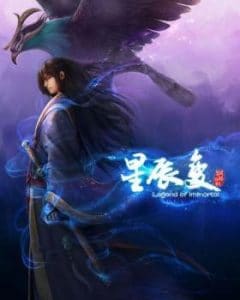 Stellar Transformation is about the space war. The anime is full of unpredictable scenes and fictional moments. The graphics of the series takes the imagination to the next level. The story is linked with the origin of meteoric crystal stones in space and their power to defeat the aliens.

When these stones come in contact with a man, his body undergoes a distinct transition and learns to survive in space. Meanwhile, he fought many battles and saved many planets in the galaxies.

The only thing that makes an anime series different is the linking of the story with incredible graphics. All the above anime series are among the best action anime you should watch right now to unleash reality. These anime movies will give you a distinct aura of imagination for some moments.