Holy Moly! I’m dying with the laughter. DC universe is serious but what I just saw is so hilarious. This summer DC and Warner Bros. are releasing a new movie. It’s animated, and it’s about Robin, any guesses? Teen Titans Go is getting a new movie trailer is released with the release dates.

The title of the movie is Teen Titans Go! To The Movie. It’s about all the five titans especially the Robin trying to get their own movie just like all the other super heroes have got their movies. With the recent releases in the DC universe, this makes sense, but the movie is not going to be like any of them because it is hilarious. It is like the Lego Batman but not lego also so many references to other characters, and even the Marvel universe was so hilarious. 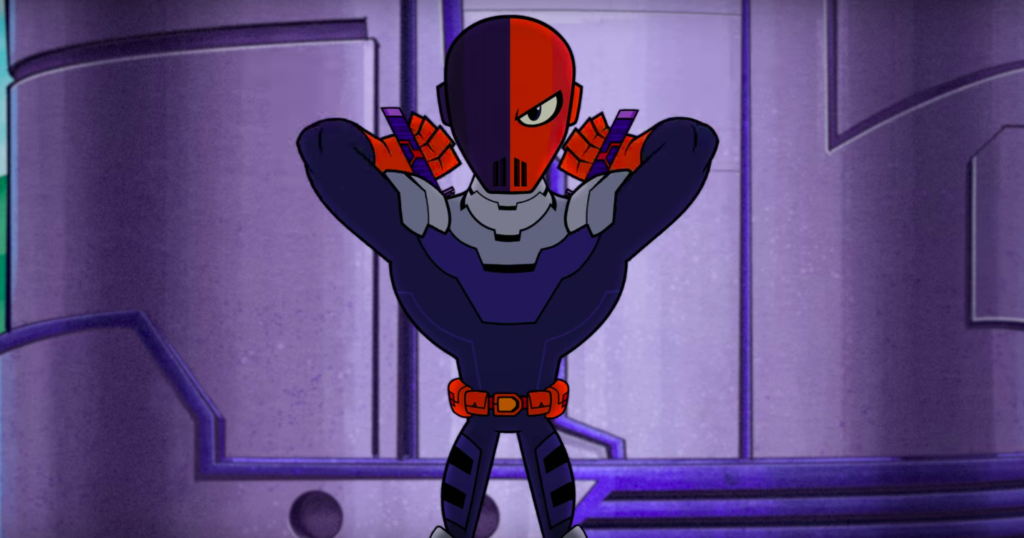 There was a scene in which Robin asked Green Lantern if he gets his own movie ever and in the reply, Green Lantern says “Yes, I did, but we don’t talk about it.” We know how it went the Geen Lantern Movie it wasn’t very interesting and the way they showed this was just so hilarious.

Everyone treating them like kids, they are kids but we know they are strong and they are heroes as well. According to other heroes they haven’t done any hero task yet, they haven’t fought any super villain just yet, and that’s how they started to look for a Super Villain to fight with to eventually get their own movie.

They find Slade to whom they first thought is Deadpool. Yeas Deadpool, the reference was hilarious and I was laughing so hard. Right from the start to the very end of the trailer I was hooked to the screen of my laptop. Seriously I can’t wait for this movie to come out. The date is 26 July, this summer, it isn’t very far away, but if you watch the trailer, you would have felt the same way. And Did you notice Wonder Woman in her invisible jet? Watch the trailer.