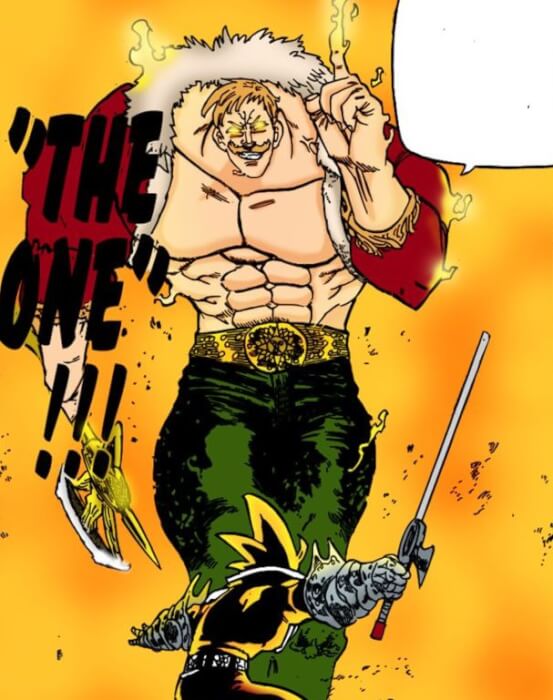 Seven Deadly Sins chapters are getting quite interesting & in the last chapter, we saw Zeldris’s power. It is sure that if Escanor wouldn’t have come in the middle, then Ludociel had no chance against Zeldris. This chapter also brings the most epic battle expected in Chapter 289.

Seven Deadly Sins Chapter 289 is titled “Pride v/s Pity” & it clearly talks about Escanor & Zeldris. Escanor seems quite confident and he now just have less time to finish this. As it has come to Lion’s Sin pride we will be seeing his most epic form.

We all know that his power is up at this peak minute & during this 1 minute we will be seeing his in full power. The spoiler clearly sats Escanor win over Zeldris & will also witness his new power during his Noon peak stage. We will see how he finishes the fight with Zeldris by smashing him down with his ultimate form.

Talking about the release date, Seven Deadly Sins Raw version will release on 12th November & the Main version on 14 November.