Radiant Episode 9: Those Who Hunt Heretics

Sith finally gets a fingerless designed glove. He also learned about his failure on gathering Fantasia as he always tries to force it surrounding his arms. With the new Glove Sith can now make the use of the ability he was born with. It also got clear that Sith is one of the Heretics who is able to control the Fantasia with their bare hands. 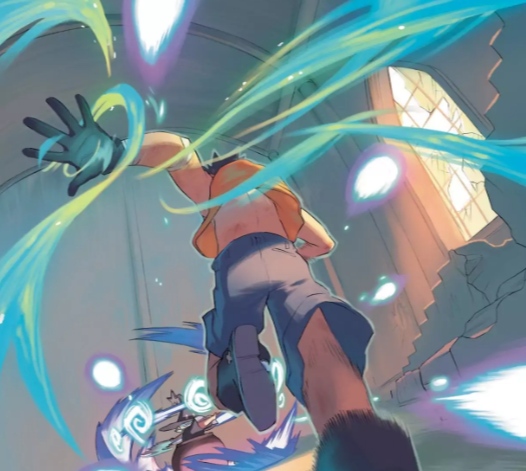 Talking about Radiant Episode 9, we expected it to have some part from Vol 2 Chapter 6-9 Manga. In this Article, we are going to talk about Expected Spoiler for Episode 9. If you like to know more about what we can expect in Radiant Episode 9, keep reading.

Talking about Episode 9, “Those Who Hunt Heretics” clearly talks about Dragunov. Apart from this, we are going to see Sith on an island that is under the attack of Nemesis. During their visit to the Rumble island, Dragunov will come to know about them.

As soon as they reach Rumble Island they will witness a bunch of Nemesis & while chasing them, Sith might meet Grimm. If this is going to be a part of Chapter 6-9, then we might also see a new character Tej. On the other hand, Dragunov will be making a plan to capture Sith. We might see Konrad De Marbourg appearance & Dragunov king’s appearance at the end of the episode.

The official spoiler for this chapter might be out few days before the episode releases. Hence we would like to wait until we give any final word about Radiant Episode 9.

If Radiant Episode 9 release date is your concern, then this Episode might get a release on 1 December 2018. If there is any change in the schedule, we will update you here. We would also like to know your thoughts on this episode. There is a huge possibility of us witnessing Sith’s new power.