Phantom in the Twilight Episode 11: Final Battle In The Dark

Phantom in the Twilight Episode 11 will release next week and we are going to witness the most intense battle of this Series. We saw how Ton uses her power to save Shinyao and again gets collapsed. Shinyao has been captured by the enemies and is kept under the Magic Mirror app Created by Backup. She is under the illusion of the mirror & is been used by Backup. With this, it becomes clear that Backup wants to erase all Umbra from this world.

On the other hand, Haysin aim is to capture Ton, so that he gains more power to reach a greater height. At the end of episode 10, we saw how Backup reaches to all & ask them to come below the London bridge for the battle. With this, it becomes clear that Episode 11 is going to show some intense magic powered battle.

Looking at the EP 11 trailer, it has become clear that we will see some great summoning & how everyone uses their magical power. We will also see Shinyao’s appearance in the episode, where she has just been used as a pawn for Backup & Haysin. Looking at the last episode & preview on Ep 11, we will see how Shinyao will be used to battle against their friends.

Also, we are expecting to see Chris in the next Episode. We are all aware that Chris has been disappeared, but his brother believes that he will come back, which means we could see Chris in the next episode. If Cris appears, he would play a major role to get Shinyao back from the illusion.

The one thing we are quite surprised to see was Wayne reaction when Vlad asks him to destroy ‘Something’. This something is yet a surprise for us. Talk about Wayne’s statement “You are a coward Vampire” brings us to notice that there is something really powerful that the Vampires had.

As said, the episode will release on 18th September on their official timing. We are sure that there will be no change in the plan. If you are one of those who watch this Anime and has something to share, please share it with us in the comment below. 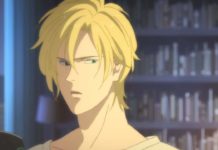 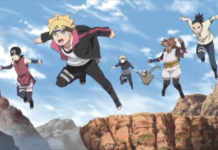