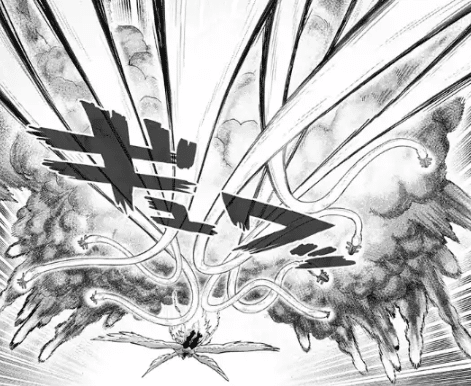 One Punch Man Chapter 99 was a very short chapter & in this chapter ended so early which is one disappoint. We all know that AS Murata is quite busy with his other 6 projects and hence he has just released some part form the chapter 99 & it is obvious that the next One Punch Man chapter 100 will have the rest.

Seeing him destroying the whole area indicates how powerful his Robo is. But knowing his time limitation, he will have to end things quickly. We already know about what’s going to happen in this chapter, the ut release date is yet to be confirmed.

Seeing Murata 11 page chapter shows that the chapter is about to come to an end. According to us, we believe that the One Punch Man Chapter 100 will release by or before 25th of November. Some say that it will release by the fortnight of this month, but we would like to keep a buffer.