One Piece Episode 864: Finally, They Clash! The Emperor of the Sea vs Straw Hats

Update: One Piece Episode 864 release date has been updated. It will release on 9th December 2019.

One Piece Big Mom’s Arc has finally come to a stage where we are seeing Big Mom’s livid form. Even her children & the crew members are afraid about the future disaster. By the end of Episode 863, we saw Big Mom on Sunny with her Hunger pang at its peak. Straw Hat members survival possibility is at risk & the only hope we see is Jinbe. 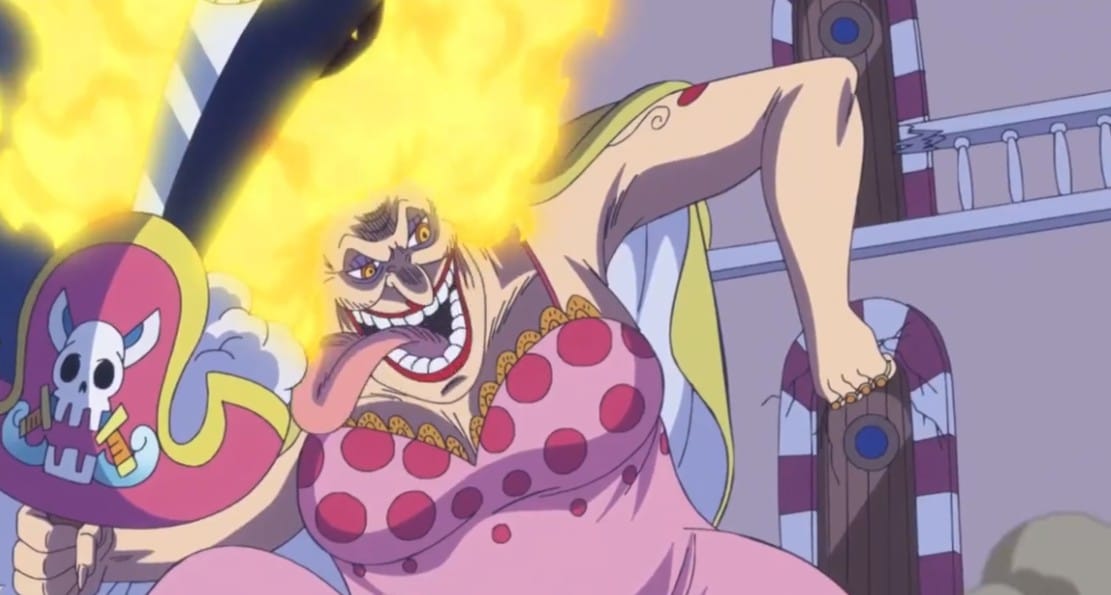 On the other hand, Luffy is fighting Katakuri the monster, inside the Mirror Word. One Piece Episode 864 becomes the most important episode as we have to witness Luffy’s new power and the Straw hat crews fight against Big Mom. In this Article, we are going to share One Piece Episode 864 spoiler & if you like to know about it then keep reading.

First, talking about Big Mom, we are going to witness her most outrageous form. We will see her destroying the ship while searching for a wedding cake. Where all are afraid, Jinbe is standing tough trying to speak to Big Mom. Jinbe somehow defends Big Mom attack but results in getting thrown towards the sea.

While Big Mom is destroying Sunny, we see Jinbe attacking her from underwater with his ability. Becoming more furious with Jinbe’s attack, she decides to cut the ship in a piece. Seeing Sunny in danger, Nami distracting Zeius with her thunder.

While the first part of the episode had Big Mom v/s Jinbe, the 2nd Part tasks about Luffy & Katakuri.

As we saw how Luffy is just trying to activate his true power by concentrating on Katakuri’s attack. In this episode, we will see Luffy’s new power & how he manages to beat Katakuri. We will see how Luffy will overpass his limits and get near Kataluri’s level.

This clearly shows that Big Mom Arc is about to come to an end, but after how many more episodes are still a suspense. As soon as we get to know Sanji’s position, we might soon guess the end of the Arc.

Note: One Piece Episode 864 story is from One Piece Manga chapter 890.

As of now, there is no delay on One Piece EPisode 884 release date & we are expecting it to be aired by 09 December 2018. If there is any change in the Schedule, we will update you here.