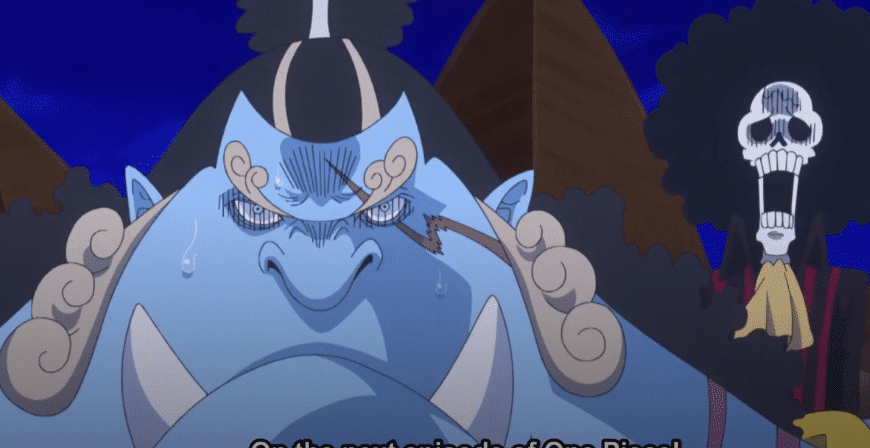 As expected, we finally get to see Carrot’s Sulong power called the Moon Lion. We saw how powerful she has become &  destroying Big Mom’s pirate’s ship. On the meanwhile, Brook went to help Carrot. This ensures One Piece Episode 863 is going to be about another epic battle between Big Mom and Straw Hat pirates.

Apart from Carrot, we also saw a glimpse of Luffy & Katakuri, where Luffy is still going through tough time. Now, talking about this One Piece episode we are going to witness Big Mom’s anger. There is a lot of acting that you are going to notice in this episode & if you want to know more keep reading the Spoiler.

In this episode, we are going to see how Luffy overpower Katakuri & also going to see Carrot & Broke in action. But apart from this we also witnessed that Big Mom shrinking, which means that her hunger pang is about to reach the limit.

In One Piece Episode 863, we will see how Luffy manages to beat Katakuri, where Luffy initiates an intense battle. On the other hand, Carrot’s Sulong is about to reach its limit & we will see Broke being a helping hand to her. Whereas Big Mom is a concern, we are finally going to see her losing her control.

Big Mom will be getting on the Sunny to destroy it & this is the time we will see Jimbe in action. This is the first time we will be seeing Jimbe fighting against Big Mom. As Lick misguide her that Luffy and the cake are inside Sunny, Big mom charge over the ship. Seeing the ship getting damaged Jimbe punches her to get her off the ship.

By the end of the episode, we might get to see Luffy & Katakuri battle, which will be shown in One Piece episode 864.

Talking about One piece EPisode 863, it will release on 25th November & we will be seeing Straw Hat crew fighting the sea battle with Big Mom and their pirate. If you have anything to share about this episode, you are free to do that in the comment below.