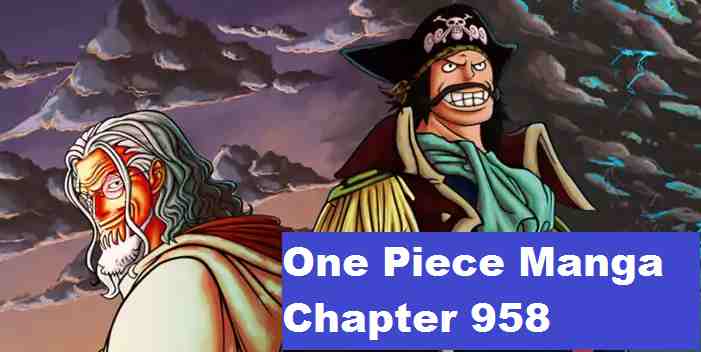 It looks like Eiichiro Oda has a lot coming in the Wano Arc. All of a sudden we get to know about the Rock Pirate, who was also the part of “D”. Apart from that Garp has a lot of secrets with him. In fact, he is the only one who knows what happen with the Rock Pirates and the Marine. It became clear from One Piece Chapter 957 that, there is some connection between Grap and the “D” Family. What’s more, to know is how the Marine plan to take down Kaido and Big Mom as they are now alliance. Hence, we are here to discuss One Piece Chapter 958 and the release date.

Note: We welcome you to share your thoughts on the One Piece upcoming Chapter. As a lot of new things are known to us, hence there might be some theory you would want to discuss with us

By the end of One Piece Chapter 957, we saw Fleet Admiral coming in the meeting and is about to reveal something about the past. Also, a hint of why so many powerful people are connected to Wano is another big question raised. This gives a clear hint that that, there is something really big there on the island.

We believe that there is some connection between the Wano and the Rock Pirate, which we might see in the upcoming chapters. Apart from that, Kozuki Oden plays a vital role in the Wano arc. What’s important for the Marine to decide is on how they can take down Big Mom and Kaido’s Alliance.

Grap’s who was always in the dark side of the story will finally have his true form revealed in the Wano Arc. This also give us a hint that we might finally see Dragon, Grap, Luffy, Big Mom, Kaido and some other pirates from the past to appear in the arc soon. In fact, a lot of new surprises to come our way.

As of now, there is no update on the chapter to get delayed, which means we can expect to read One Piece Manga Chapter 958 on 6th Oct 2019. If there is any update, we will inform you here.

Also, if you want to read the One Piece Chapter 958 RAW Scan, visit us back on 5th Oct to get an early access to the RAW Scan.