July 20 is the date for the overseas release of Tite Kubo’s Bleach. WB Japan has set July 20 as the final date though the date is still not confirmed in North America.

One of the best anime and manga, now getting it’s live-action film certainly made fan’s feeling nostalgic. No doubt I’m one of them. But if you see the recently released still, you will also get this nostalgic feel. While browsing through Japanese website called cinemacafe.net I get to see some amazing stills of the movie. After watching these stills it is clear that just like in anime the first battle is going to happen between Ichigo and Renji. Just like they portrayed in the anime, the live action film is also trying to portray the same. Although there is a little change, in the anime the fight occurs in the night, but the stills are displaying the daytime. 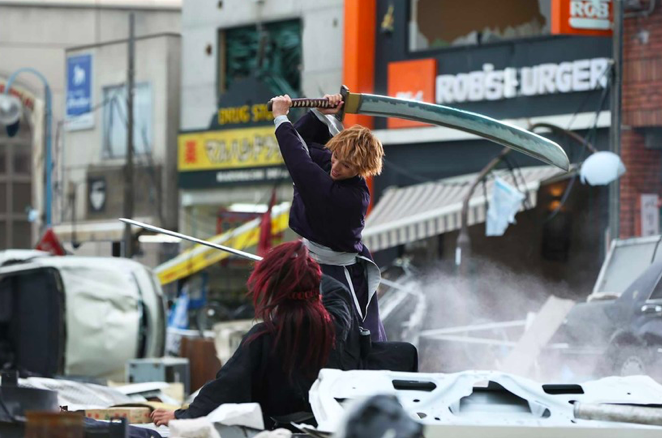 I love the anime, and I’m certainly excited about this live-action title as well. The wait is not so long now. Till then you can stay with us for the more cool and amazing anime-related news.