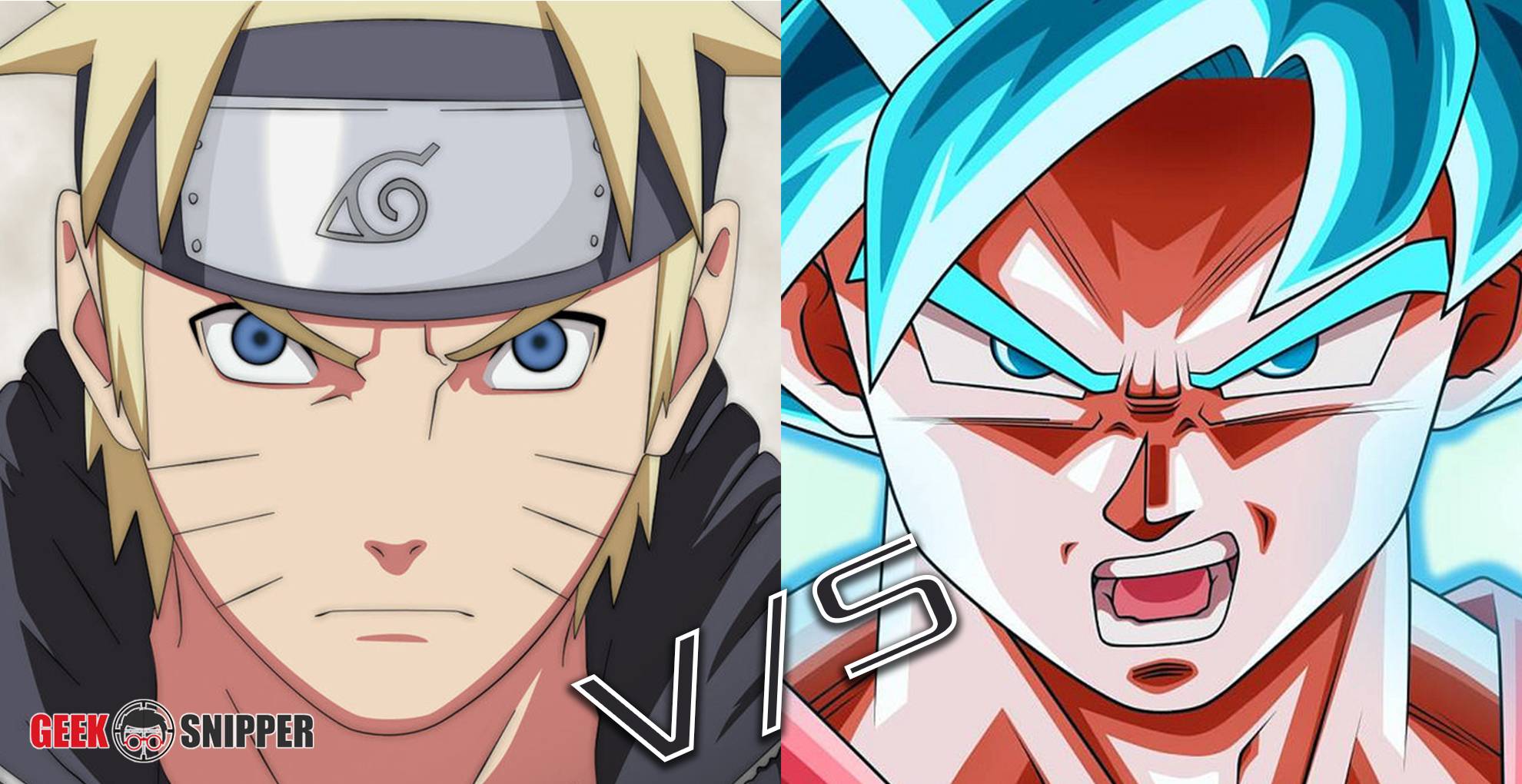 God vs God, this comparison doesn’t need to any introduction because it is the fight between Goku and Naruto. In this world, there are two types of people one who love Goku and other who loves Naruto. I’ve watched both series and still following Boruto and Dragon Ball super, the continuation of their story. I like both the characters but my heart is more tilted towards Naruto.

One of the reasons for that is Goku is an Idiot, they both are idiots but Goku is an adult+idiot. Remember the part when Goku get the whole world destroyed when Frieza unleashed the true power and Goku let him to that just to find a greater competition.

Now for those who are waiting for the results of Goku vs Naruto, lets me first tell you there is no real fight going on between them. This post simply depends upon the facts and figures from both series.

Where Goku is Super Saiyan God, Naruto is also God Sage of Six Path. He is more focused and talented (just because he is focused). While Goku is a fully grown person who is also an idiot, mostly concerned about finding a challenging opponent. To prove this in current series of Dragon Ball Super Son Goku is fighting Kefla and instead of finishing her he is encouraging him to become more powerful. In all this, we have seen Goku fighting and destroying the entire fighting pit. He uses spirit bomb which is very powerful but sometimes miss and also takes too long to form. Though his Spirit bomb gets advantage over Naruto. As Goku’s Spirit bomb supposedly hurt evil and we all know what Kurama is all about.

But I think with Naruto’s biju mode this won’t be a problem. Now Naruto can beat Goku as he is good with strategies. Goku never uses the strategy the way it was planned. On the other side, Naruto got all the A to Z plans for every situation. To prove that, the part where Naruto saves Kakashi from Zabuza’s water trap with the help of Sasuke without exchanging any word is enough.

Now one good fact to prove Naruto can beat Goku. Goku tool 3 minutes to make a Ka-Ma-Ha-Ma-Ha. While in just 3 seconds Naruto can create more than 10,000 giant Rasengan. To prove Naruto is stronger here is another fact. Goku defeated Frieza (his first planet destroyer) at the age of 32, while Naruto defeated Madara (his first planet destroyer) at the age of 16. You can see the power difference by yourself. With his god form Goku can destroy a planet but with just a bit of power, Naruto can create a black hole. Also, Naruto doesn’t hold the complete power of the Nine-tailed beat. As his father Minato sealed half beast inside him.

With all these facts it I clear who will win the fight. Goku is a fully grown man while Naruto is still learning new things and growing up.