In the last episode of My Hero Academia Season 3, we get to see some great action. Izuku was fighting against Muscular to save Kota from him. There is no doubt the fight scene was one of the best fights. And with this, I’ve got the details on the new amazing battles. This spoiler is from the Episode 5 of the Season 3.

My Hero Academia Spoiler (The Next Big Fight) 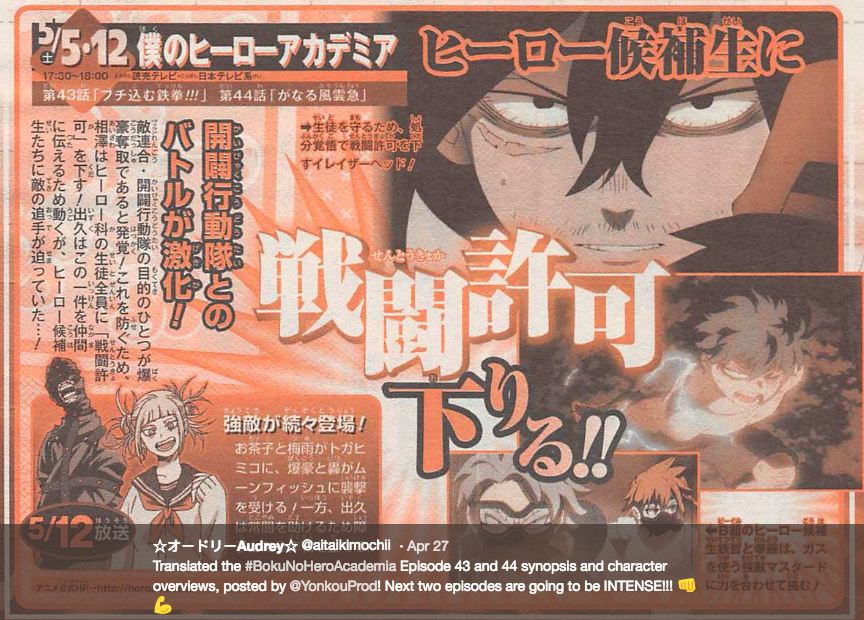 As you can see above, now it is confirmed that the League of Villains’ Vanguard Action Squad’s is after Bakugo. Also, Mr. Shota tells all the U.A. students to go full power as the villains they are fighting are strong and they can’t win if they play like kids and don’t use their quirks to their best ability. Yes, this means we are going to see another Izuku vs Muscular Battel 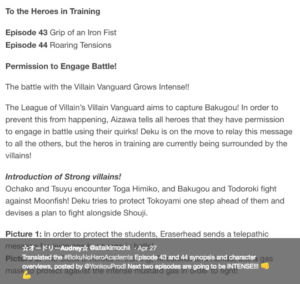 Other then Izuku’s next fight Ochako and Tsuyu will have to face the female villain Himiko Toga. This proves another amazing battel as the quirk Himiko Toga is more gruesome ones in the series. Manga readers know that Himiko has a fairly significant which means an amazing battle is confirmed in upcoming episodes of the series. 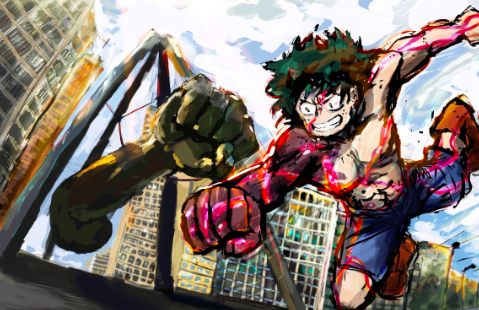 But the fight that I’m excited about is the one in which Bakugo is going up against Moonfish. Todoroki is also going to help Bakugo as the villain “Moonfish” is really strong and monster-like. With his teeth that he can enlarge to cause damage, he looks very terrifying villain.