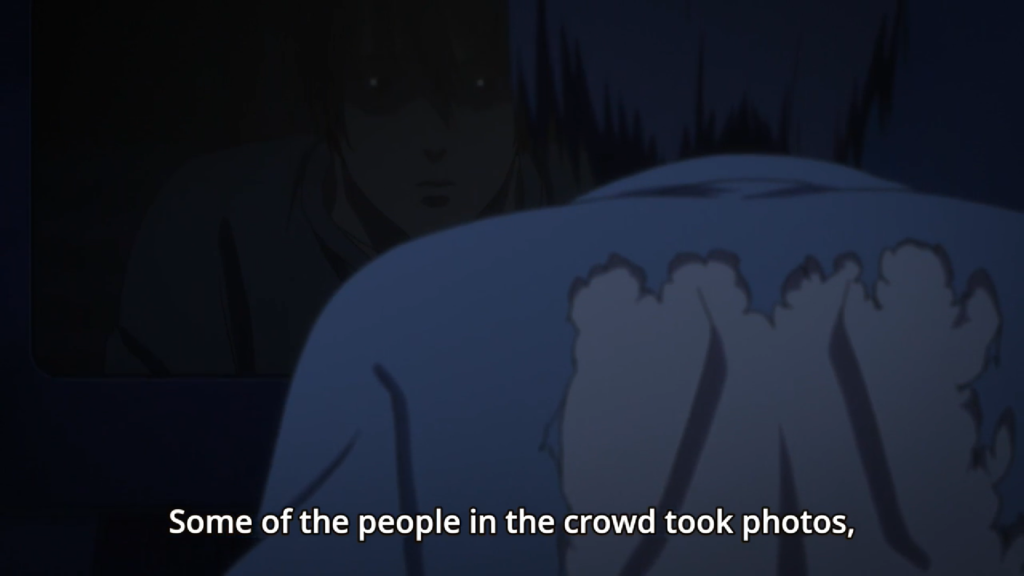 What goes around comes around and that we have seen in the last episode of Inuyashiki. Now episode 7 is aired and it was totally an unexpected episode at least from my side. So here is my Inuyashiki Episode 7 review.

In the last episode we saw Hiro crying and going berserk, killing everyone who trolled him on the internet and because of that, her mother committed suicide. Well, he also took too many innocent lives and Karma comes back to him as his mother died after committing suicide. He certainly becomes a psychopath and her mother couldn’t bear the guilt and she thought that she was responsible for what Hiro has become now and took her life.

So now in this episode, we saw Hiro staying with a girl and her grandmother. They don’t know that he is the killer police looking for until Hiro took the girl and told her that he is no more human. This shows how he becomes like this. After the alien accident, Hiro thinks that he lost the human inside him. He doesn’t bleed and he doesn’t even feel but when he saw the accident in the metro station he comes to know that killing will make him feel alive. So he started doing all these murders, just to feel that he is alive.

He was telling all this to the girl whom he took with her to kill. But when the girl cried and begged him to stop this and live with her and her grandmother. Something changed and Hiro decided not to kill her. That not it Hiro decided not to kill anyone anymore instead he started to save lives of people. As we saw in earlier episodes that he can cure humans and that’s how he cured her mother’s cancer. So, when he decided to cure people he started with cancer patients.

The point from where Hiro decides to save the life instead of taking them, I felt good like things are getting better. He saved around 53 peoples in a day; all are suffering from untreatable diseases. But at the end of the episode, everyone was sleeping Hiro, the girl and her grandmother and then some special forces landed on their background. They certainly come to execute Hiro and all this when he started to become a better person. Maybe he is late now; time for improvement is not there anymore. He probably loses all his chances to make things better now.

So the episode was better and just like the last episode it was all focused on Hiro and how he gets into this mind-set of becoming a psychopath. It was a good episode and not dark like other episodes of this series.