How Not to Summon a Demon Lord Episode 5 is out and from Episode 6, we are going to see how everyone with Diablo is going on a Quest to Greenwood. Episode 5 was a pre-buzz of the journey for the quest in the Greenwoods. After watching this episode, here my review.

Fact: “How Not to Summon a Demon Lord” is an English name for Japanese Anime “Isekai Maou to Shoukan Shoujo no Dorei Majutsu“

In this Episode, we see how Sylvie-san informs Diablo that how Greenwood is in a war with the Kingdom of Lyferia & if he does not want to loose Shera, then he will have to help them.

Now talking about Shera, she is from the royal family of Greenwoods and her sister Keera has put high bounty on her. Being a bounty her life is in danger and Diablo will not let her taken away. This is the reason why the Demon lord is in the quest to Greenwoods.

To take further action, Sylvie takes Diablo to Kingdom of Lyferia to meet Ray Galford. During there discussion, we see the new character Alicia Cristela who will join Lord Demons quest.

We see that Loard Demon plans to get a weapon first before they go for the quest & just after her purchase of the weapon, Shera gets kidnapped by the bounty Hunter & we see how lord Diablo and other help her rescue. We also see the appearance of Emile being a women save.

Talking about the upcoming Episode 6, we are going to see a lot of adventure and action. We might explore more about Diablo. The episode is expected to be released on 9th April,, but we might confirm it soon. 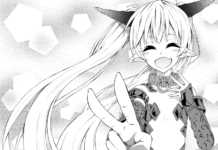 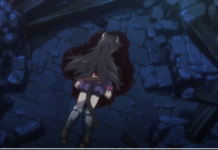