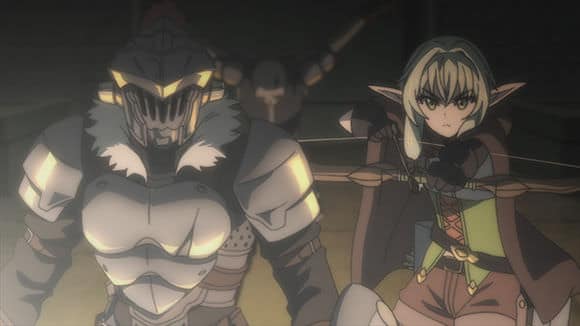 First, I would like to talk about the Goblin Slayer Episode 7. This is so far the best Episode in this Anime Series & our expectation has reached the highest. The best action, anime episode so far. As said in the last spoiler, we saw Orcbolg (Goblin SLayer) bring the Canary along with him.

Fighting with the Hob, Orcbolg has now seriously injured & the end of the episode shows him dead. Or is it just a suspense? Or blog being the main character, there no chance for his death. If you want to know what’s gonna happen in Goblin Slayer Episode 8, then enjoy reading the spoiler.

In this episode, we are going to see a part of Goblin Slayers past. We will see how Goblin Slayer was trained by a god to slay goblins. We will have a small glimpse of his past and will also know about her sister who got killed by Goblins.

Later in the episode, we will see Goblin slayer waking up with Priestess on her side. Sharing bead with a maiden is called a Resurrection Miracle that enables by sleeping with a Virgin. This means that you can save heroes life by sharing a bed with a pure Maiden.

Along with this, we will also get to know to Sword Maidan’s past & how she was captured by the Goblins & what they did to her. You will see Sword Maidan’s affection towards Goblin Slayer.

By the end of the episode, we will see all the Adventurers coming to Goblin Slayer to tell him the secret beyond the grave. Apart from this, there will a small filler before the big adventure.

After this episode, I would definitely want to see the episode the next second it is released & Goblin Slayer EPisode 8 will release on 25th November.  This episode will be a filler developing everyone character by showing every once past.

If you like Goblin SLayer & have anything interesting to discuss, then you can do it in the comment below. For more update on Anime keep following us.