Kakegurui is the name of another title that is listed in their list of titles. It was set as a February 1 premiere, but nothing is confirmed from their side. 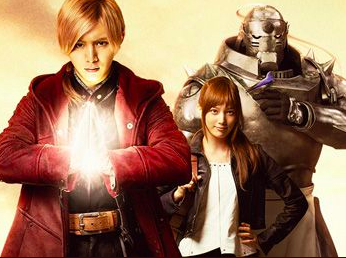 If you are interested to know more details about the move then here is everything that you need to know. The film is directed by Fumihiko Sori. Ryōsuke Yamada is staring in the role of Edward Elric, Atomu Mizuishi is portraying a role of Alphonse Elric (voice and motion capture both), Tsubasa Honda is our cute Winry Rockbell, and Dean Fujioka is becoming Roy Mustang for the movie. Other cast members include:

This live-action film will tell us whole the story in one complete movie. Ed was grown up to 20 years old; in the manga, he was originally 15 . And full CG effects are used for Alphonse.

I just hope they won’t make a mess of it.