Fire Force anime is not a complete adaptation of its Manga and the 2nd Episode was quite interesting. In fact, Fire Force Anime can become of the top Animes of 2019. As this Anime is new, we might see a lot of new characters introduced. We don’t expect much till the first 10 episodes. But, the fact is that these initial 10 episodes will be the most important one. If you have read the Manga, then you might already know about the characters, but if you haven’t then you should keep reading out Fire Force Episode 3 Release date and Spoiler.

As said earlier that the 3rd Episode of Fire Force will be nothing but character introduction. We haven’t seen all the members of Unite 8, yet a lot of new members are going to join. We also saw how Shinra Kusakabe aims to stop human combustion.

There is no doubt that a lot of things might happen in Episode 3. If we reconsider the Manga, there is a lot of possibilities that we might get to know Shinra is known as the Devil. In fact, they might go for another drill, where we might see the man in the Hat.

We might see the past of Shinra and see how his parents and his little brother was killed. In fact, the episode might end by giving a hint that Shinra’s brother is still alive. If this is really going to happen, then we will have to wait until the episode is released.

The good news is that there is no delay for this Anime. Which means that Fire FOrce Episode 3 is going to release on 19th July on their regular timing. If there is any change in the schedule, we might update you here. 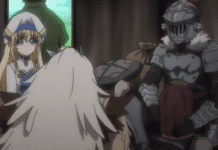