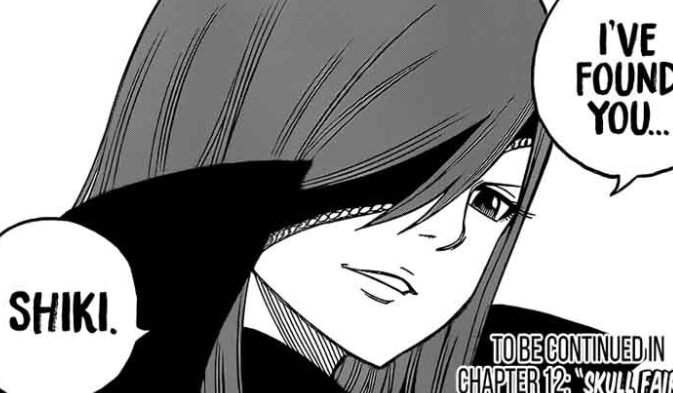 Note: The chapter is Aired

Eden’s Zero Chapter 11, changed everything that we had thought so far. First, it was surprising to see Young professor to acquire Ether Gear. With his ability, he upgrades & remolded the spaceship in real time & also upgrade the OS to make it function fully. With his Ether Gear, he is able to design and remold machine. With a young professor’s ability he was able to fix Pino’s leg.

It was really surprising to see, Professor’s calling Rebecca’s & his call makes it clear that they are not in the past but in the present. The reason why they were able to meet Young professor was that they were in the Norma, which has been entry banned as the planet has got a time slip.

According to the professor, a monster called “Time Eater” has eaten Norma’s 50 years, & this cannot be undone. Professor also reveals that Pino’s master was no one but the “Demon King“. It also becomes clear that anything happens to the young professor will not affect the present one. This means that the young Professor Weisz is on his own now.

By the end of this chapter, we saw a huge spaceship that pulls Rebecca ’s ship, and one thing that is surprising us is the lady, Skull Fairy who was there for Shiki. In this Article, we are going to see what this new character is and what can we expect from Eden’s Zero Chapter 12.

We believe that Skull fairy is nothing but Rebecca from the future. There might be a possibility that Rebecca has been attacked and is in search of Shiki so that he can change what is going to be destroyed. We are not really sure about if she is Rebecca, but looking at her seems to be relevant.

We might get to know more about Shiki’s and others role in the Arc of fighting the Time Eater. We believe that there is something huge that is coming our way in the future chapter. This is sure that the Skull Fairy will be guiding these people on what to do in the future.

The chapter is expected to be released on 18th September, but there is no official confirmation made. We have been seeing consistency in their release & hence believe that the chapter will release on their official timing. If there is any change in the schedule or we get anything related to the chapter, we will update you here.