The Dragon Ball Super Movie is coming out on 14th December of 2018 & after Toei Animation released the first teaser for the movie, a new poster has leaked recently which confirm a couple of character appearances of the movie. 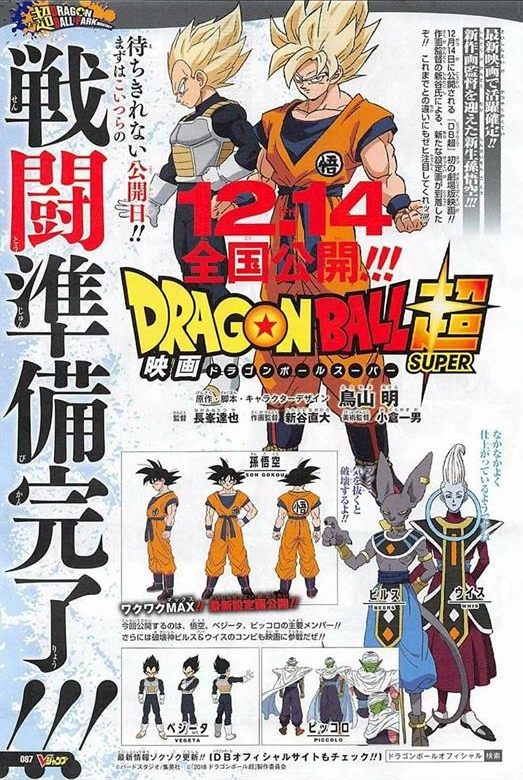 The poster shows Goku alongside Vageta in the base Super Saiyan & normal forms. Beerus & Whis are also in the poster which was quite expected as this is a Dragon Ball Super movie & the whole incident should take place after the Tournament of Power had ended.

Piccolo has also been featured in the poster which may indicate to a vital role that he might have in the movie. From previous rumors, we also got hints for the original Super Saiyan God, Yamoshi to get featured as well. So overall, every single fan of the Dragon Ball Series seems to hyped for this particular movie. But, can this movie overtake the craze of the Tournament of Power ? Well, we’ll have our answers when it comes out in the end of this year.