First director and Kimitoshi Chioka, and current producer, Hiroyuki Sakurada, are attending a Manga convention (Salón del) in Barcelona, and from their comments, we can understand that this Bule Sayins and their fight is not going to end in March. 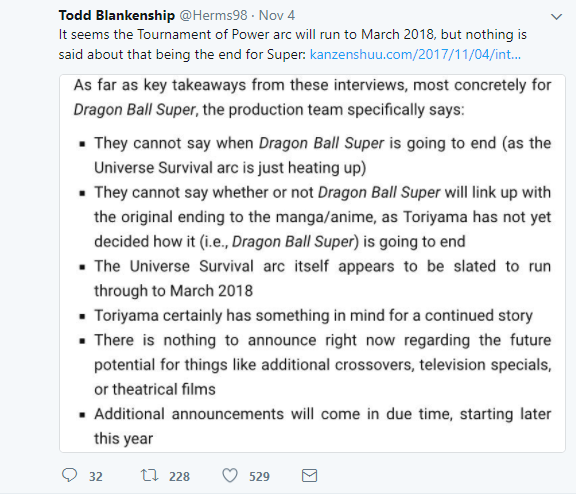 Time is passing very slow in current arc of the series and just a few second fight covers the entire episode. It is a bit stretched but fans, considering myself enjoying all the action. For instance, Goku VS Kale and Caulifa are getting intense with every episode and a new twist of Kale and Caulifa fusion carried their fight to the next episode as well. The arc is all heated up, It seems like the Tournament of Power arc will run through March after that external factors like ratings, merchandise sales, sponsor support are going to be the faith determining the factor of the series ending. We get to know that series creator Akira Toriyama have ideas for taking the story further.