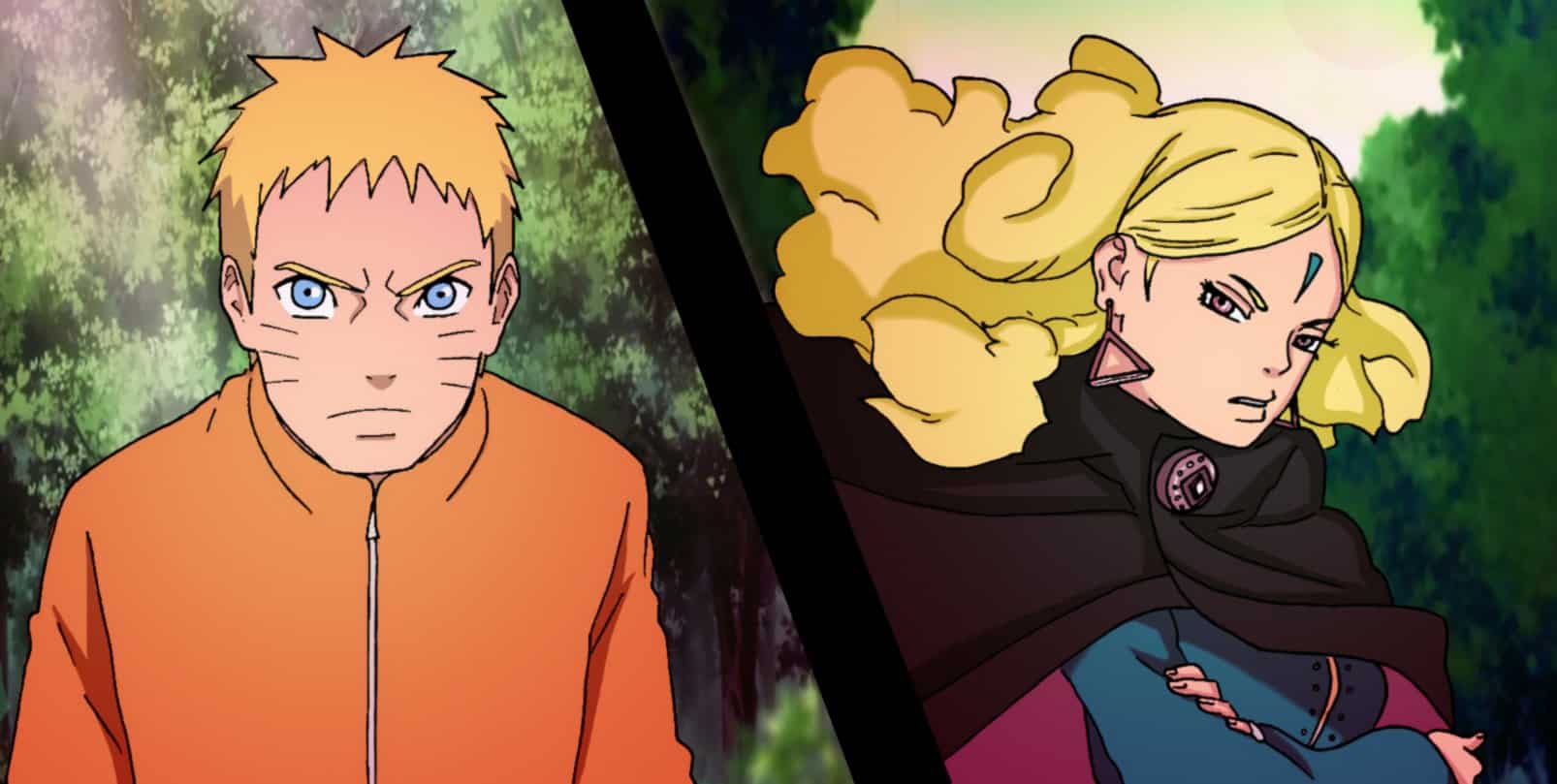 Boruto Chapter 31 was really an interesting chapter. Delta is a Fabricated human and for a while it looked like Naruto is in real trouble. I guess everyone would agree with me that Nauruto was behaving badass. We will finally see Naruto talking Delta seriously on Boruto Chapter 32.

There are a lot of things that we think we will see in Boruto Chapter 32. First is Koji; will he appear in the battle? Second is how Naruto will defeat Deltha. To know more about Boruto Chapter 32, we are here to share our thought on what we can see in this chapter.

Note: This is not an official spoiler. Official Spoiler will release a few days prior to the Manga release.

At the end of Boruto Chapter 31, we finally saw Naruto’s true form. Delta, on the other hand, is a body with Ninja tools which means that she might be capable of doing a lot of things.

There is no doubt that Naruto is way too powerful than Delta and hence there is a huge possibility that Koji might come between Naruto and Delta. As per the rumors, Koji will kidnap Boruto, but will not succeed in any way.

Naruto will have to be aware of Delta’s absorbing power. If Koji is entering the battle, then we might definitely see his true identity after his appearance. From Boruto Manga Chapter 32 we might see a set of chapters with action.

There is again a huge wait for Boruto Chapter 32. This chapter will get released on 25th Feb 2019 with WSJ 13th issue. Along wit h this, their 7th Volum will get its release on 4th Feb 2019.

The main translated version of this chapter will be released during the same time in 27th Feb 2019. If we come across the Raw Scan fro Boruto Chapter 32, we will update you here

Do Share your thoughts in the comment below. What do you think will happen in this chapter?