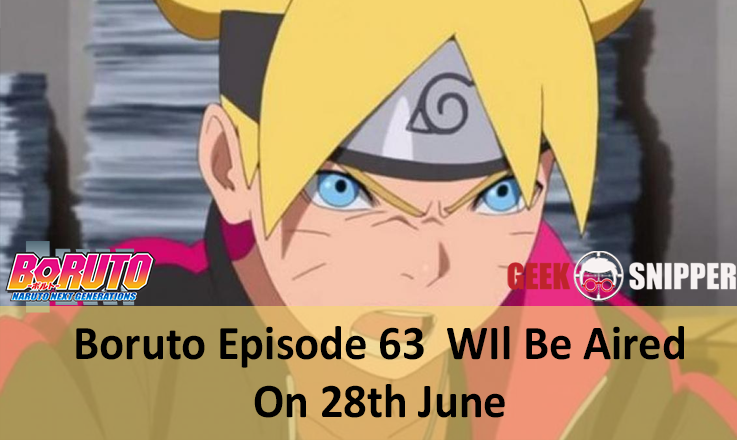 The delay has been made as the team is working on the anime & being an episode full of action, it is quite obvious that animating the fighting scenes definitely consume a lot of time.

So the Boruto Episode 63 will be announced on 28th June on their regular timings. Also there are few thing that need to be discussed is that Urashiki Otsutsuki is still one mysterious Otsutsuki member & we might see his appearance at the end of the fight (Doesn’t matter in which episode it will be).

We will be sharing a lot of updates on regular basis, so don’t forget to subscribe for our daily update.