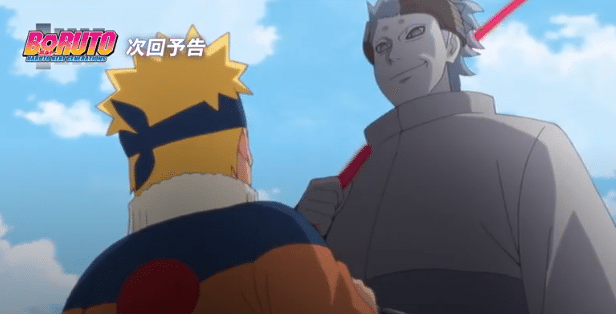 I was already expecting that Jiraya might know about Sasuke that’s the reason why he was so calm even after known Boruto’s Rasengan. This got confirmed at the end of Boruto’s Episode 132. On the other hand, Boruto & Naruto are struggling hard to work on their new Jutsu. This ensures that they are going to come up with all-new Jutsu that we will see in Boruto Episode 133.

As Jiraya knowns about Sasuke, we might see how Jariya knows everything about what is happening in the Future. On the other hand, Boruto Episode 133 is titled as “A Village Without Sasuke“. So, here we are going to discuss about Boruto Episode 133 Spoiler and also know the release date.

In the upcoming Boruto Episode, we will not see Urashiki’s fight, but will definitely see him at the end of the episode. This episode Boruto will get to know about Sasuke’s from the past. This means Naruto will be sharing his story with Boruto & how he thinks about Sasuke.

This will definitely change Boruto’s perception of Naruto. At the same time, we will see how Sasuke explains the situation to Jariya.

Not only that but if you remember, Sasuke not also dropped a letter from his pocket, which was found by Sakura from the past. This will also be one big change that we will see in this episode.  By the end of this episode, we will finally see Urashiki.

In Boruto EP 133 Preview, we saw Urashiki is bad shape, which means we might see Jiraya and Sauke back in action. The new Boruto & Naruto technique might be seen in Episode 134.

Also, if you want to know more about this chapter or have anything to discuss, do let us know in the comment below.