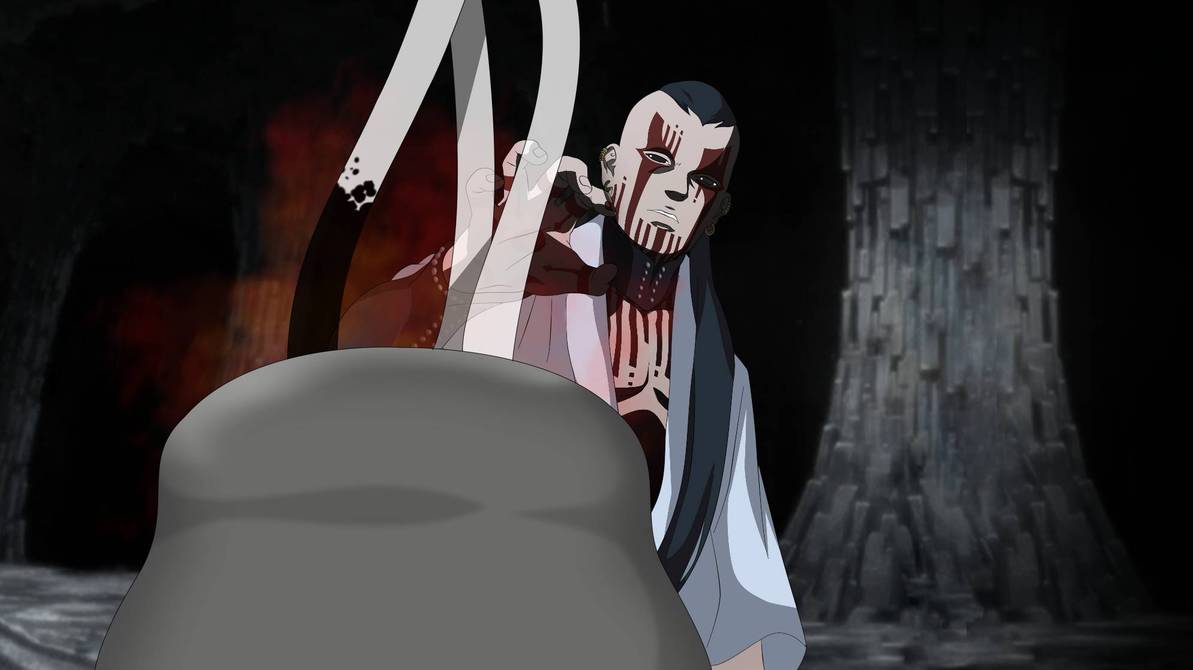 I was waiting for this to happen! It was quite expected to see Jigen soon in the Boruto Manga Chapter but wasn’t expecting this soon. A lot of things have got clear in Boruto Episode 35. One, Orochimaru has already started his research on the Karma (This is just a hint). Also, Sasuke is now aware of the biggest threat. As the excitement is more, hence let us discuss Boruto Chapter 36 Spoiler.

Jigen teleports to where Naruto and Kawaki is. As soon as Kawaki sees Jigen, he uses his space-time ninjutsu through his Karma. But Jigen manages to pass through it and generates a few chakra receivers (black rods). Seeing that Naruto is protecting Kawaki, he pierces the rod in Naruto to make him immobile. Naruto however quickly pulls it out and Kawaki’s appearance changes as he gets the same horn as Jigen’s as they share the same power. But that horn soon disappears.

Whereas, Sasuke who is in a stir situation; will he manage to save Baruto and others? But, we don’t think that everything will happen all of a sudden. I think the actual fight will start after Boruto Chapter 37.

Now, talking about Sasuke, it is not clear if he will follow Jigen or will stay. Most probably, Naruto and Sasuke might fight Jigen soon. But what is more exciting to see that Jigen has the same power as Sasuke as well as the 10 tails (Which all Ōtsutsuki Clans clans). In the other hand, Jigen looks badass. As a result, we might see the most epic Boruto Chapter.

For those, who are quite excited to reach Boruto 36th Chapter will have to wait for a longer period of time. Boruto Manga Chapter 36 will first be shown in VJump September Issue on 20th July. Which means, the chapter can appear in English anytime soon between 20th to 23rd July 2019. If you want to know confirmed Boruto Chapter 36 Release date, follow us.

Update: From now on, Boruto Manga will release Monthly. This was informed by one of the Reddit users.