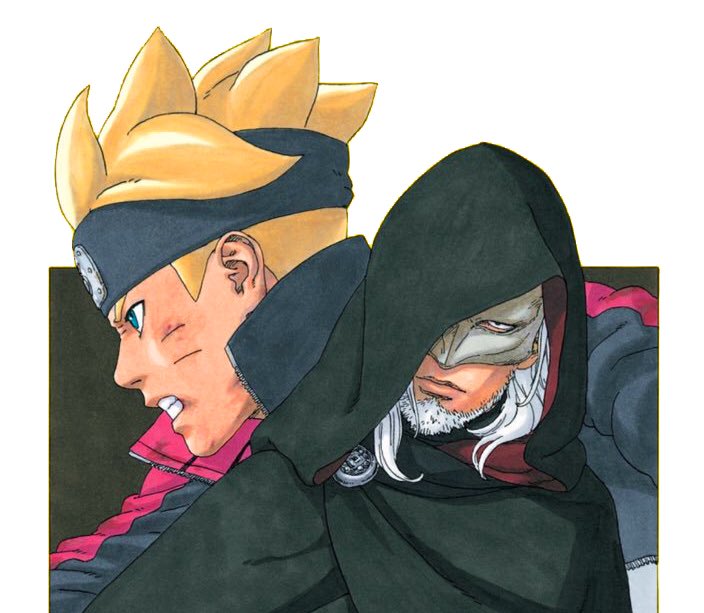 Boruto Chapter 29 will release on 26-November 2018 & by that time we might see a lot of predictions and theory on this chapter. During the last couple of days, we have come across some amazing facts & believe that could happen in this chapter. Also, Koji’s identity is one of the major suspense & we have an explained theory on who he might be.

In this article, we are going to see our expected spoiler and theory for Boruto Chapter 29. This might be one of the most potential spoilers & if you have something you can contribute in the comment below.

On forums, it is expected to see Koji after Boruto but according to the recent interview with Ikemoto, he confirms his focus on Kawaki’s character. Whereas, looking at the current preview release, we saw something unusual. 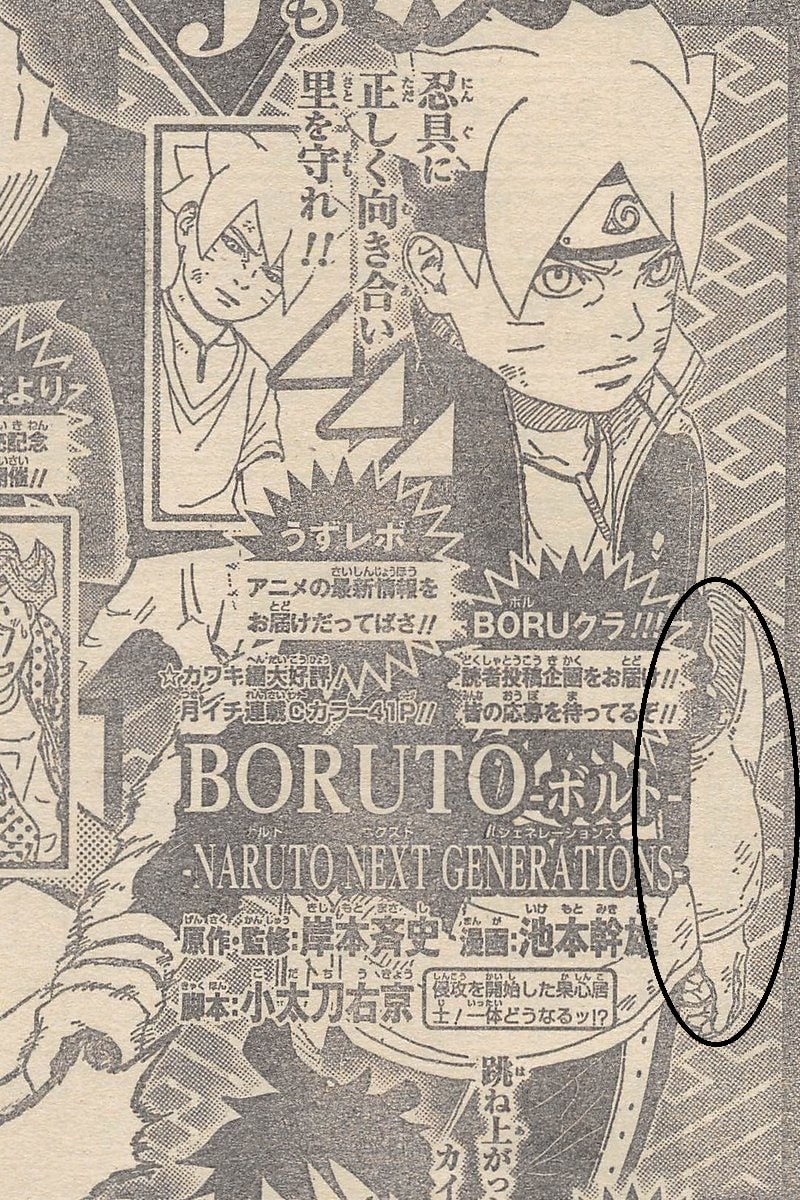 The above picture is from the WSJ issue #52 and as you can see something on Boruto’s hand. There is nothing official if it’s a ninja tool or something that he has achieved by activating the Karma.

Where everyone is talking about Koji to kidnap Boruto, which we think won’t happen soon. In this chapter, we are just going to see Koji’s investigation in the Leaf Village. Koji is quite aware that he won’t be able to defeat Naruto & hence he will just do his investigation. He is more curious about Boruto’s Karma & will be against Boruo than Kawaki.

By the end of this chapter, we might see him face to face with Naruto & might see some action by Chapter 30.

This is one major mystery in the Boruto series & everyone is expecting Koji is Jiriya. Now to explain that he is not, let’s make it easy. First, Jiriya never had silky long hair & he had a mole near his nose, which is not seen in Koji. This clearly states that Koji is not Jiriya. Then who is Koji?

Now, if you come back to the Naruto series, you might remember Mizuki, the one who manipulates Naruto to get the Scroll of Seal. On the other hand, Mizuki is not someone in prison, instead is he a missing Ninja from the Hidden Leaf. Another fact that makes him join Kara is needed to gain infinite power.

There is a strong evidence of Koji being Mizuki, but we believe that it is quite early to predict. We would need yours though on our theory about Koji.

ABOUT US
GeekSniper is a perfect place for those looking for Anime news & Spoiler.
Contact us: [email protected]m
FOLLOW US
© @2018, GeekSnipper Anime, a part of Digi1.co Digital Content Network, All rights reserved.