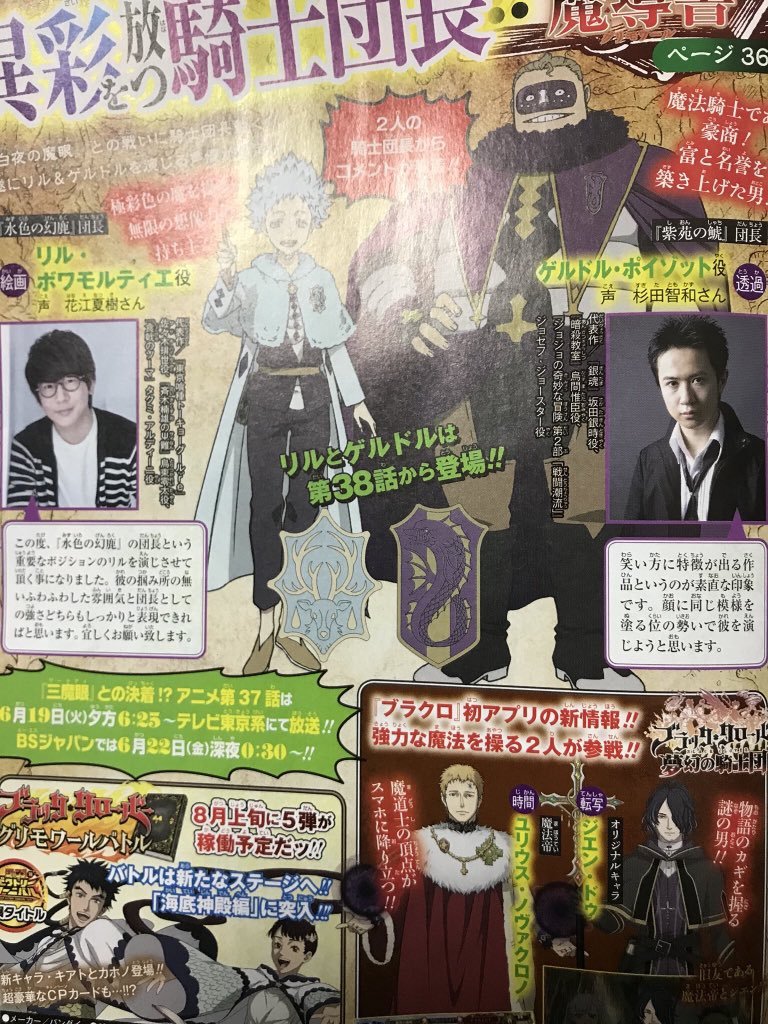 We had just seen the epic battle at Black clover Episode 37 and now for the upcoming episode 38 has already started building its hype. The recent update about Black Clover clearly shows 2 new character Rill Boismortier and Gueldre Poizot.Looking at the poster we really can’t explain by when the character will be reveled but the only confirmation that we have received is that Natsuki Hanae will be doing the voice dubbing for Rill Boismortier & Tomokazu Sugita will be playing Gueldre Piozot voice.

Both these characters are from Purple Orca, Azure Deer squad. Talking about their power, Gueldre Poizot is  huge and is supposed to have the Permeation Magic, where his ability is to become invisible. Where as Rill Boismortier is shown more as a painter, but his magic is still unknown.According to the discussion it has got cleared that these two new characters will be soon introduced just after couple of episodes. But what we are really excited to known more about is their powers and abilities.