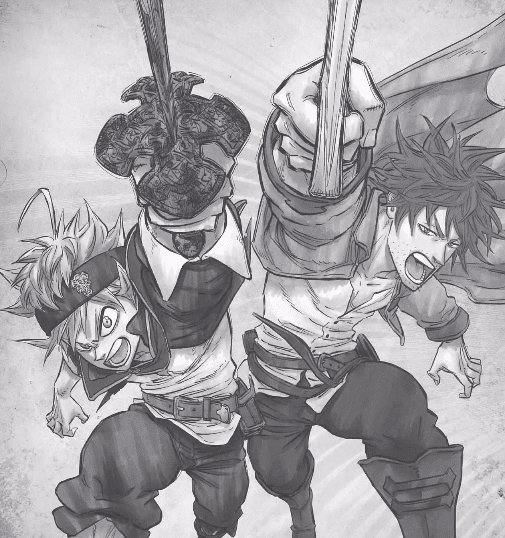 There is no doubt that everyone would have liked to watch Black Clover Episode 59. Watching Salamanders true power defines how powerful other 3 Spirit would be. It seems that Noelle has more control over her magic powers than what we saw at the Underwater Temple Arc.

By the end of the episode, we saw how Aasta manages to rip Salamander in two parts. So, does this mean that the battle ends here? Or is there something more we will see in Black Clover Mana? To give answers to your question we are here with Black Clover Episode 60 Spoiler.

Before we talk about Black Clover Episode 60, have a look at the Preview Images:

Note: This Episode is a part from Black Clover Manga 88 to 91. You can either wait for the Anime or can read Manga for more detail.

After seeing Aasta ripping Salamander, the Witch Queen gets impressed with Aasta’s new power. Just after Witch Queen part, we will see Fanzell standing against the Diamon Kingdom’s two strong members, Mars & Ladros. These two members are none other than his students from the past.

Fanzell gets surprised after seeing their own students & plans to fight with them with his full power. During the battle, Ladros revels that they are here to take the Witch Queen. As their King is sick & what to know the secret behind how this Witch Queen been alive for so long. With Finzell we will see other witches helping him to fight the Diamon King members.

During their battle, we will also see the Finzell past with Mars & Ladros. This Episode will be focused more on Finzell & the battle with his students. By the end of this episode, we will see Mars being on Finzell’s side.

Black Clover Episode 60 will get a release on their regular timing & that is on 27th November 2018.  If there is any change in the schedule, we will update you here. If you have anything else to ask or have any doubt, feel free to ask in the comments below.

ABOUT US
GeekSniper is a perfect place for those looking for Anime news & Spoiler.
Contact us: [email protected]l.com
FOLLOW US
© @2018, GeekSnipper Anime, a part of Digi1.co Digital Content Network, All rights reserved.