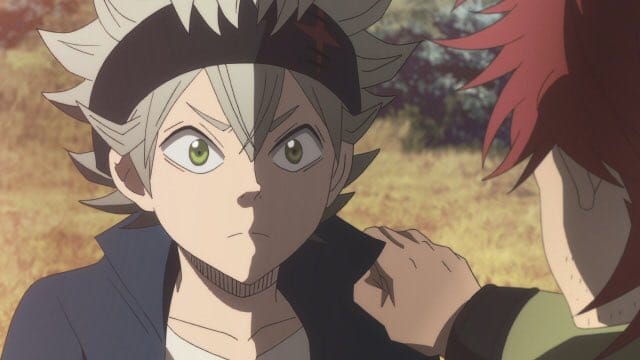 As expected Black Clover Episode 54 was all about Aasta’s arm & by the end of the episode we saw how everyone goes out to find the right magic to heal his arms. After hearing this   Aasta gets all emotional.

We see about the time when Aasta has just received the 5 Clover Book, where he is learning to swing his sword. During his training, he meets Fanzell running naked from a huge pig. To replay the favor, Fanzell teaches Aasta to use Sword & few more techniques.

Later in the episode, we see Mariella who is one of his ex-student who informs him that Dominante is killed & hand over her wound to him. Later we find out that she is just a Diamon Kingdom’s loyal guard saving the Kingdom from betrayals.

Seeing this Aasta attack back with all force and make him realize that he has to find a way to leave.

Overall the episode is a decent episode, which is giving a flavor to the upcoming Arc of Aasta.

What is there in Black Clover Episode 56?

Black Clover Episode 56 is going to be another filler, where we will see Aasta & other Black Bull team Member helping Fanzell against the Diamon Kingdom warriors. The episode is about to show the dept that Fanzell is under to replay Aasta. After this Episode we will see how he repays the favor to Aasta by letting him the way to the Witch Queen to heal his arm.