Finally, Noelle has managed his power and all thanks to Kahono & Black Bulls team. Episode 42 is getting aired today & in this episode, we will see an introduction of 2 new characters, Kiato as Seabed Temple priest & Gifso as Seabed Temple high priest. Both the characters voice-over will be given by  Yoshimasa Hosoya & Chō. 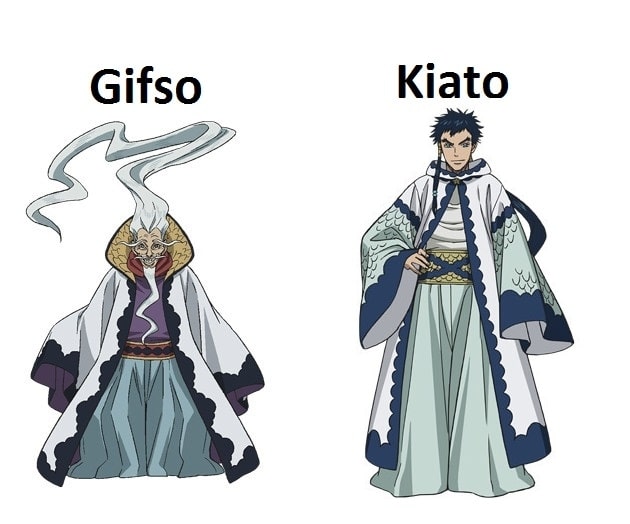 Both these characters will meet the Black Bull squad after they enter the under water Seabed Temple.

Talking about both the characters, Kiato is more found of dancing and similar to Kahono in Singing. Kiato’s dream is to become one of the greatest dancer of the Clover kingdom and want to visit the world. Whereas Gifso is an old man, with long hair and mustaches & is shows to have a perv nature.

The Black Clover episode 42 is going to be interesting. As soon as the Black Bull team enters the Seabed Temple, Gifso attacks them with a Monster Toy, but takes no time to get defeated. Seeing this Gifso get impressed and call them for a small Temple Battle.

In Episode 42, we will see how Asta and Kiato gets involved in a fight, & will also see how Kiato will share his feeling of becoming a dancer with Asta. This who episode will be focused on the battle. We can also expect to see Vetto evading Seabed Temple in search of the Magic stone.