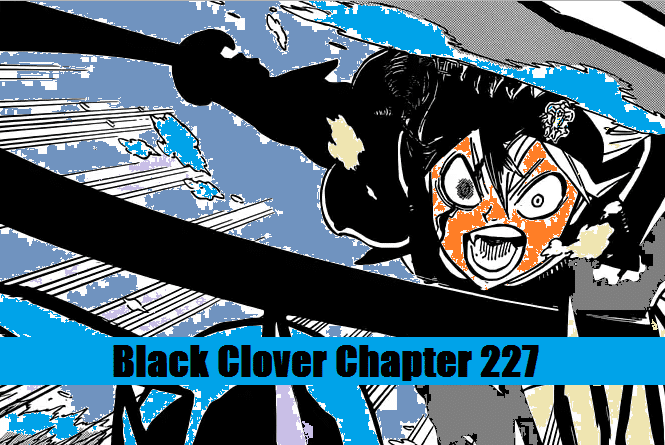 As expected by us about Black Clover Chapter 226, we do see that the Queen is testing the Black Bull Devil. Not only that, but the queen has ranked the lowest to Aasta. But Aasta made that believe false in no time. All thanks to Finral & Nero that helps Aasta to get over Queen & give it a room to attack. Now, Black Clover‘s new chapter 227 is going to be interesting as we are going to know the reason behind the attack. So, here we are with our Black Clover Chapter 227 Spoiler. Also, get to know the release date of this chapter.

First, the Queen and Gaja is shocked to see Finral magic on how he could teleport at that distance. Now, Aasta is on the movie to attack the Queen, or we say to use the anti-magic sword to break the magic. On the other hand, even the queen is surprised to see Aasta.

When we consider that the entire Heart Kingdom is filled with Queens Mana, so will Aasta be able to defeat him? That’s a big question here.

If we see what Aasta has realized that the Queen is hiding behind the Water, which means there is Air there. If Aasta could get through that, then he might be able to defeat the Queen. Also, we do not think that the Heart Kingdom will attack them. In fact, we still believe that the Queen wants to test the Devil. But this is too early to say that.

We would also like to know your thought on Black Clover Chapter 227.

All you have to do is wait till Nov 1st for Black Clover 227 to get released. If there is any change in the schedule, then you can get all the information & update here.