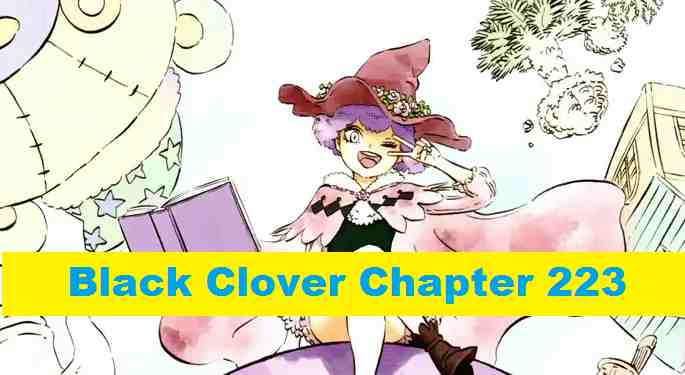 In the last few chapters, we saw the windup of the battle. Everyone is quite busy taking things to the place. But, no one knows the next big thing coming their way. Dorothy Unsworth & Nozel’s did had a lot of secrets revealed in Black Clover Chapter 222. Also, this gives us a hint on what we can expect from Black Clover‘s new Arc. Dorothy talked about the new devil called Megicula and we are expecting more about it on Black Clover’s Chapter 223. Hence, we are here with our expectation on Black Clover Chapter 223 and the release date.

Note: If you have anything to add in the Black Clover Manga 223 discussion, feel free to add it in the comment below or email us on [email protected]

At the end of chapter 222, it clearly gives a hint about the new devil the Black Clover Kingdom has to fight. Not only that, but we might also get to know about Nozel’s mothers curse in the upcoming chapters. But will they show everything in this one chapter?

We believe that in Manga chapter 223 of Black Clover we will directly cut to the present day where Nozel knows about the upcoming threat. In fact, she will now be more furious about Megicula. We believe that there is some connection between Megicula and Nozel’s mother. As seen in the last chapter how Nozel talks about revenge her mother, give a clear hint of big action (But after a few chapters).

Apart from that, we might see some new challenges the team will have to face. The initial few Manga Chapters will talk about the new beginning.

As per the schedule, Black Clover Manga 223 will release this Sunday on 6th Of October 2019. If there are any changes in the schedule, we will update you here.