Update: Baki Episode 24 got released and you can watch this on legal streaming websites.

Baki Episode 23 was an episode of fear for Sikorsky, where Gaia shows him the true violence. Gaia domination was quite evident & we saw every quite at every moment of his. As spoiled, we saw Ryuukou Yanag & Shibukawa in the episode. 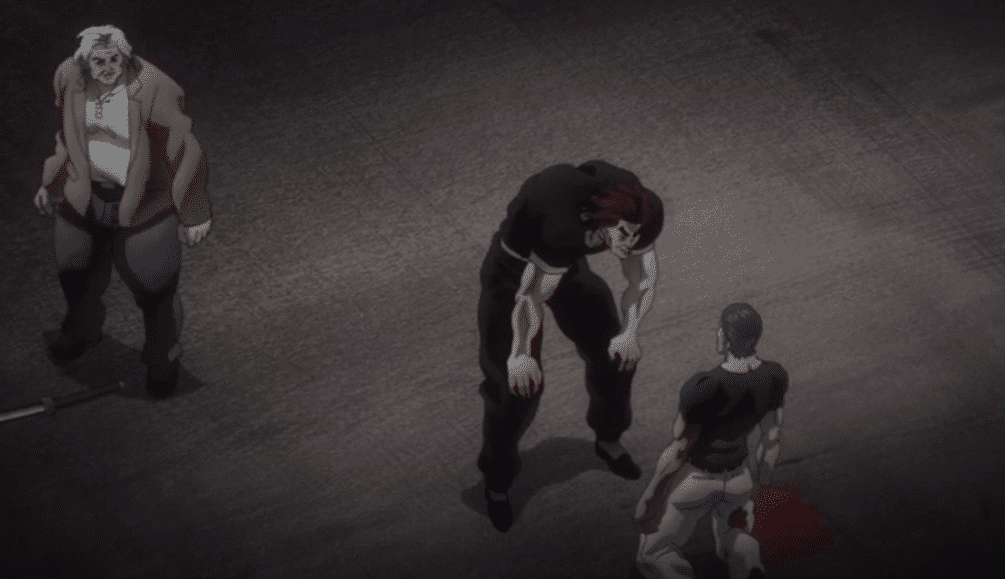 The battle between Ryuukou & Motpbeizo was intense and by the end, we saw Yujiro Hanma. His presence itself defines his power & by the time we could see something, it was the end of episode 23.

In this Article, we are going to discuss Baki Episode 24 Spoiler & will see its release date.

Seeing Yujiro is obviously a sign of a big fight, but that’s not what we are actually going to ask. As Ryuukou has already been defeated, Yujiro asks for his answer, but Ryuukou denial makes Yujiro furious ended by shaming Ryuukou head.

Seeing this even Shubukawa who has just appeared will be in a shock. Just after this incident, we will see Baki with his Girl. Where Baki is all torn up, she asks him to remove his cloth, which results in him to take him to the hospital.

It seems that Baki poisoned his body with Ryuukou’s attack & this clearly defines Ryuukou’s cause of death.  Knowing this everyone gets worried & ask doctors to help him out. As Baki is in the last stage, we will see him visiting some of his old friends who is capable to heal him.

We are not sure if we could see anything more than this, but it is sure that we will see Baki’s worst health condition.

For those whom Baki Episode 24 release date is a concern, the Episode is expected to get a release on 3rd December 2018. If there is any change in the schedule, you know the place for a daily update.