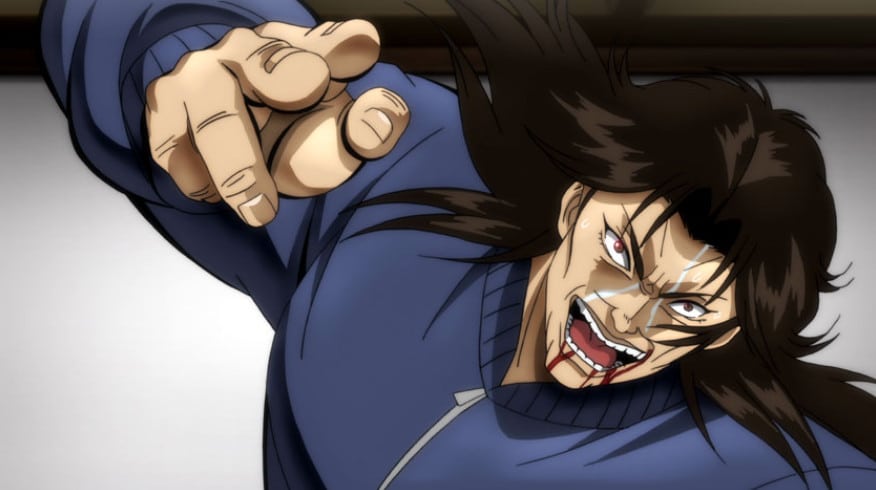 As expected, Olivia finally receives a Judo Black belt after dislocating his wrist by Shibukawa. By the end of the Baki Episode 16, we see an amazing comeback between Kosho Shinogi & Hector Doyle. We see how Sinogi dominates Hector in the fight. Every time Hector tries to get up, Shinogi brings him down. It was all good until we see a blast on Shinogi’s face, which dislocates his jaw.

Hector has finally shown his true form & Episode 17 will be all about Hector V/S Shinogi. In this Article, we will discuss what we are going to see Baki (2018) Episode 17 Spoiler & release date.

As Hector has finally shown his true form, you will witness all the changes he has done in his body. While Hector appears closer to Shinogi, he will try to hit him on his heart as that’s the only spot left. But, Hector surpasses Shinogi’s attach and blows him up with an explosion that comes through his heart. This will make it clear that Hector has not only added blades in his body but also explosive material to save him during some intense battle.

Seeing this, even Captain of U.S Navy Gary Strydom gets surprised & tells him that he will never be considered as a Grappler. Gary makes it clear to Hector that what he has done with Shinogi is nothing but cheap trick & suggest him to learn true Martial Art to become a Grapple.

The other side of the story will be about Baki & his girlfriend, where she will apologize for what she did back then. We will also see how she initiates to make love with Baki.

Baki (2018) Episode 17 will release on 14th October & in this episode, we will see Hectors secret & will also see Beginning of Baki’s new life.