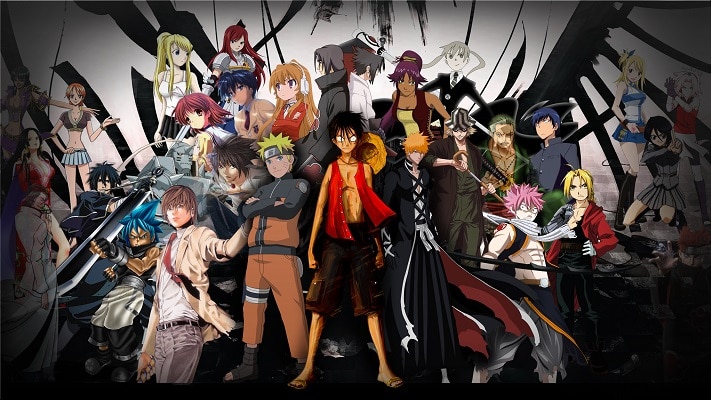 When it comes to Anime & Manga, then Naruto is one of the most popular anime. Not only that animes like Naruto, DBZ, OnePiece, and others have been there in the Anime Universe for ages. That’s the reason why we see all new anime to have a similar story. Naruto is one of the oldest anime, you will a lot of anime that carries the same story as Naruto. Therefore, we are here to give detail about Anime Similar to Naruto.

Below, you will find a list of all the anime that is similar to Naruto. We are not keeping Boruto in the list, that’s because that because it is the part of Naruto Anime. So, without wasting any time, let us see the list.

Not only me, but I guess everyone will agree to me on this. When Black Clover was first introduced, everyone thought that it has a similar story as Naruto. In fact, you will see Aasta as Naruto and Yuno as Sasuke. Not only Story but also the characters are quite similar too.

Similar to the Otsutsuki clan, there are devils that Aasta and Yuno have to fight. On the other hand, they also have a kingdom rather than villages that compete with each other.

Similar to Naruto, Basilisk is another Ninja anime having supernatural powers. This, in fact, is based on a war between 2 Ninja clans. Whereas, it is more brutal than Naruto & is a dark anime. It also has similar power and storyline as Naruto that’s the reason why we put this in a similar list.

Most of the people won’t agree to this, but we feel that My Hero Academia is quite similar to Naruto. Similar to other academies in villages, MHA has Hero academies that train upcoming hero.

Radian is a new Anime & has a lot of similarities to Naruto. In spite of Ninjas, you will see Nemesis. The story is about a Seth who is a sorcerer & want to become the greatest sorcerer of the world by finding the Nemesis nest and kill them all. Similar to Naruto he also lost his parents in a war with Nemesis.

If you have not watched this Anime, then I am sure that you might have at least heard about this Anime. The story is about Lucy Heartfilia who joins Magnolia Town called Fairy Tail. Here wizards get reward when they complete the quest. Natsu Dragneel (he is like Naruto) who is a dragon-slayer wizard gets befriend by her and along with his other friends they out on a quest.

Similar to Naruto everyone carries a will to never give up & everyone has a special power too. The plot feels similar, but the story is quite different from Naruto.

Many of you might not heard of this, but this is one of the best Manga. Till now, there is no update about its Anime, but if you want to have an Manga similar to Naruto, then this is what you should read. Similar to Naruto, Junk’s father died while protecting him and others. Now, Junk is all worn out to prove everyone wrong and fight against those who think week links have no place in this world.