The diversity and vibrancy of anime make them appealing for any animated and action genre fans. Most of the characters in anime, though not real, have definitive goals and dreams, which sets them apart from other audio-fiction works of fiction. Over time, the massively multiplayer online role-playing game fans are moving to these remarkable, immersive wonders. Anime like Sword Art Online, based on a light Japanese Novel series, are well-liked by many fans. The story follows a siblings duo, Shiro and Sora, who are significant gamers; however, they have a complete unsocial life. However, their world is changed when they are teleported to another realm. Everything is decided through games, even living. The sibling duo is then tasked to save the human race and defeat the protagonist.

The RPG elements in Hunter x Hunter are at an epitome. The series revolves around a character, more of a young boy named Gon, who finds out that his father is still alive. Gon journeys to find his father and become an elite hunter like his father, Ging. Gon makes friends with some other hunters too.

The hardcore fans of animes like Sword Art Online shouldn’t miss out on Accel World. The reason? There are tons of fan theories that surround the Accel World and Sword Art Online. There is a highly likely chance that the two animes are set in the same universe but with different timelines. Overlord ranks among the most popular anime series at the time of writing, and there’s an excellent reason behind it. It isn’t about characters being stuck on online games among all the other animes in the list. Preferably with Overlord, it is about an antagonist being trapped in a game. The anime is entirely unpredictable and a treat for the sore eyes. Given that the anime isn’t set in virtual reality, it will remind viewers of Kirito while watching Shy Ouma. The anime also features some powerful female characters. Further, the anime is set in the 2029’s Lost Christmas amidst an outbreak, and then Japan is put into control of GHQ with the help of the United Nations. Is It Wrong to Try to Pick Up Girls in a Dungeon? Does strays from the storyline where people see the characters growing from being losers. In this anime, viewers will find the characters at their prime. Moreover, the main character will attain a new ability allowing him to explore the dungeon further.

Also, Read: Sword Art Online Season 3 – See What Manabu One, the director of the series reveals Sword Art Online and Btooom! have quite a similar storyline. In addition to this, both anime are about great games that people enjoy dearly. The anime is about Ryouta, who is a complete nincompoop. However, his life goes through a drastic change when he is transported into a game. Here’s one other anime series where the main characters get lost in a complete fantasy world. However, unlike Sword Art Online, the protagonist doesn’t start as the most vital being in the virtual world. It is quite apparent that this anime was going to be a part of this list. Gun Gale Online is a complete spin-off. There is an uncanny similarity between the original series and the spin-off. It is true that Kaze no Stigma is nowhere near the same genre as the SOA. However, the anime is worth watching, and watching the light novel of the same name is brilliant. The anime is less brutal than the book. Often Log Horizon is compared with Sword Art Online. There are tons of discussions found on the internet regarding both anime. The most notable similarity between the two is the genre of the virtual video game, MMORPG. However, the stories are entirely different.

These are some of the animes like Sword Art Online. The list is curated to serve as a recommendation for anime lovers from across the world. If you’ve come across other anime that are similar and intriguing as Sword Art Online, let us know! 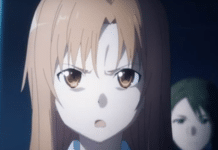 Sword Art Online Season 3 – See What Manabu One, the director of the series reveals